In our ongoing efforts to deliver the best and most impactful versions of much-needed infrastructure projects to Georgia, Georgia DOT has revised the Public-Private Partnership (P3) delivery model for the express lanes’ projects on I-285 (I-285 Top End, I-285 Westside, and I-285 Eastside Express Lanes projects).

This revision provides a number of benefits to Georgia taxpayers, users of the I-285 Express Lanes system, local communities, and all motorists in the I-285 corridor between either interchange at I-20 on the east and west sides of the metro Atlanta area. It also continues Georgia’s highly successful track record in delivering impactful new transportation projects that dramatically improve conditions along some of the state’s and nation’s most congested interstate corridors using innovative funding and financing methods.

On February 22, 2022, Georgia DOT announced updates to the project packaging for the express lanes on I-285. Initial segments for I-285 East and West will be procured as separate ‘hard bid’ private revenue contracts. Information about the project packages and timing can be found here.

Due to this change, each of the express lanes’ projects on the I-285 federal environmental document must be updated reflecting the changes which include a public involvement process. More information will be provided later this year.

📢 GDOT is seeking feedback on the associated proposed side road detours for the widening of SR 15/US 441 from CR 500/Clayburn Street to the North Carolina state line in Rabun County, Georgia.
⏰ Public Comment Period ends TODAY!
https://bit.ly/3Aa7w3G 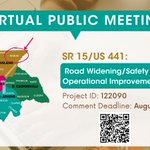 Georgia is impacted by tropical systems from the Atlantic Ocean and Gulf of Mexico. During a hurricane, wind gusts exceeding 74 mph and torrential rain can cause damage to Georgia’s shoreline.​ Are you prepared? Check our #Hurricanesafety brochure now➡️ https://bit.ly/3dkcS3p 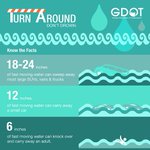 Does your community need:
🚶 Pedestrian and bicycle facilities
💐Streetscape improvements
🏫 Safe Routes to School Program
❓ etc.
If your community has a population at or below 5000, tag your county page so they can learn more about the #TAProgram https://bit.ly/3zOcPpk 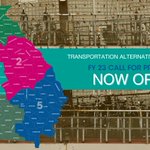 Can we take a minute to appreciate how beautiful Georgia is?! There's nothing we love more than a dreamy project site at sunrise. Plus, the new columns over at the #1695Improvements are a nice bonus. ☀️ 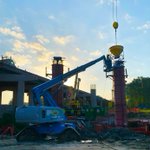 Become a #HighwayMaintenanceTechnician at GDOT

👉 Visit https://indeedhi.re/3BFmPCC to register for the Virtual Job Fair on 8/11 to secure your new career! #ExperienceGDOT 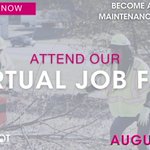