Comments were received requesting for increased and continuing transparency,…

Since the SR 400 Express Lanes project was announced in early 2016 as part of the larger Major Mobility Investment Program (MMIP), GDOT has coordinated with stakeholders and sought to inform the public about the project. GDOT has held more than 150 presentations and meetings to educate and seek input from stakeholders and local citizens in the past two years. These include concept coordination meetings with elected officials and local government staff as well as numerous public presentations to city councils, homeowners associations (HOAs), and other civic organizations. Information on the project has been shared by both traditional and social media outlets. GDOT has also undertaken activities to distribute and gather more information about the project. Such include:

·         solicited feedback from organizations along the corridor;

·         requested civic and religious organizations along the corridor share information with their contacts and distribution lists about the project and public meetings;

·         posted information in five public libraries along the corridor; and

In addition, GDOT hosted five (5) Public Information Open Houses (PIOHs) along the corridor in accordance with the National Environmental Policy Act (NEPA); posted meeting materials online at both the project website (http://www.dot.ga.gov/DS/GEL/SR400) and GDOT public outreach website (http://www.dot.ga.gov/PS/Public/PublicOutreach); and solicited comments via the project website, email, letter, and court reporter. The PIOHs attracted more than 1,200 attendees and generated over 500 public comments, in addition to the project team receiving numerous phone calls, letters, and emails. As the project is still in the concept design/environmental review phase, GDOT will continue to coordinate with local governments on the project’s preliminary engineering. Additional comments may be submitted by emailing 400ExpressLanes@dot.ga.gov.

The project website will continue to be updated during the preliminary engineering process and a more refined project concept will be presented at the project’s Public Hearing Open Houses (PHOHs) that are proposed to be held in 2020. The design-build contractor, referred to the as the Developer, would be responsible for completing the final design for the project.

Why is this express lanes project needed?
Comments were received regarding potential safety concerns with weaving locations near the North Springs MARTA Station.

We want your feedback! Take our ☑️survey about your experience with #RHST. Your input will help GDOT, @GADHS, and @GADCH address transportation challenges across our state. https://www.surveymonkey.com/r/RHSTRiders 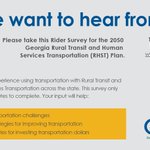 What helpful advice would you give yourself as a new teen driver?
Tell us in the comments and tag a teen driver if you know one. 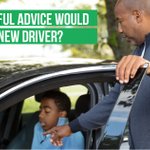 The State Transportation Board will conduct its monthly meetings on Jan 19 and Jan 20. The board meeting remains open to the public. Attendees can watch the committee and board meeting via live webcast at https://bit.ly/3xFylJd 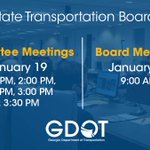 Music, audio books and podcasts 🎙 🎶 are just a few ways you can make a long commute fly by! Right now, we’re hooked on What’s Next ATL from Atlanta Regional Commission. What do you listen to on the way to work?

Drop your recommendations below! 👇👇👇 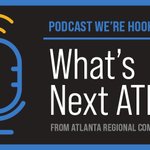 Today we honor the life and legacy of Dr. Martin Luther King, Jr. 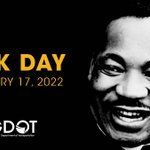